Recently, we discovered the work of Gustavo Rimada on the Internet and it didn't take long to realize the quality of this Mexican artist by visiting his works, so varied and of such quality.

Born in Mexico in 1981, he is the youngest of four brothers and sisters and he tells us that from his time in Mexico, where he lived for a few years, he remembers above all the fact that he was always drawing. At the age of seven, his parents decided to move to California. In Mexico, his parents worked in the legal and medical fields, but when they came to the United States, they had to start from scratch like many other families who came to the country. Gustavo says these were difficult times, but he has gained a lot of courage for the future.

Raised in California, he eventually graduated from high school and decided to move to Santa Monica to study computer animation. While he was in school, the tragedy of September 11th struck, and he decided to join the army, a few weeks later he was already in training camp. During three years in the army, art became secondary. He used to draw everywhere, but nothing serious. It wasn't until two years after the army that he returned to the world of art.

Soon after, he started working in a tattoo parlour. The world of tattooing inspired his work, giving him a new life and a new passion. According to Gustavo himself, the tattoo industry has greatly influenced his designs. After a few years in the art world, he says that with each design he learns something new, and brings maturity and growth. He considers himself a work fanatic and says he loves what he does. According to him, he lives and breathes art 24 hours a day.

We advise you to visit his website and his instagram but you can also enjoy below some of his beautiful drawings. 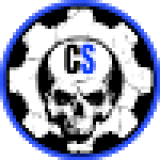 THE SKULLS OF MIMI ILNITSKAYA

Rings that are thinner and more flush to the thumb are the best. The joint is the widest part, so it must be taken into account when measuring. Once you get the ring on the joint, it'll be safe.

If you look at your hand, you will see and feel that the index finger tends to have more flesh at its base. This means that any ring you order will fit quite well. We often suggest that you increase the size of your ring by +1, which will allow you to fold your finger.
Middle and ring finger

Beware of finger joints, especially if the finger is narrow at the base. When choosing rings for these fingers, remember that if it slides comfortably on the joint, it will be much too large for the base and will more than likely swing around the finger.
Little fingers

These fingers need extra attention because people tend to lose their rings all the time - especially when their hands are cold or wet, or when they enter and exit their pockets. The rule is to wear it as tight as possible while being able to bend your finger - if it is too tight, it is better to loosen it than to lose it.

The opposite happens when it is hot outside. Your body tries to cool itself by dissipating heat through your skin, in a process we all know too well: sweating. As the outside temperature increases, your blood vessels dilate, so your blood flow increases and excess heat in your body can be released into the environment through your skin. This is called vasodilation. This dilation causes your fingers and toes to expand, so if you wear a ring, it will suddenly become much tighter.